The managing committee is a body - composed of 32 members representing political institutions, customary authorities, socio-professionals stakeholders and environmental associations - which is tasked with writing the Natural Park of the Coral Sea’s strategic document. It is assisted in its mission by two working groups including a scientific committee created and adopted by New Caledonia government on september 11, 2018. The latter is entitled to make recommendations to the managing committee and to other working groups upon their request. The scientific committee will assist in the writing of a hierarchized scientific agenda to make sure it is logical and coherent.

In place since december 12, 2018 for one year, members of the scientific committee elected a president (Gilles Boeuf), a vice president (Claude Payri) and a secretary (Géraldine Giraudeau).

Identified by the CRESICA, the twelve members of the committe are independent specialists recognized for their scientific skills and their knowledge of ecosystems that exist in the Natural Park of the Coral Sea. Nine of them are locally based and three others are based in New-Zealand, Canada and France. 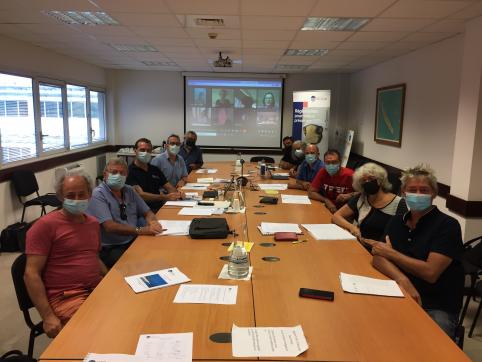 Appointed in September 2018, the 12 members who advise the Park management committee in its work have been confirmed in their functions for the next three years. The committee, which brings its scientific expertise to New Caledonia and to the management committee for all questions relating to research work, carried out or to be carried out, in the Natural Park of the Coral Sea, and sometimes issues opinions on files mission, to identify the main scientific issues related to the 2018-2022 management plan.

Claude Payri was elected president during the renewal of the last scientific committee, Pascal Dumas becomes vice-president and Geraldine Giraudeau ramins secretary. A mandate extended to three years instead of one year.

Long-term work that the members of the scientific committee will ba able to continue after the government has decided to renew their mandate and extend its term th three years, instead of one.

The scientific committee welcomes 3 new local specialists, in order to widen its fields of comptetence, then bringing the number of members to 15 ! From now on will sit on the scientific committee of the Natural Park of the Coral Sea : Valerie Allain (fisheries scientist), Samuel Gorohouna (economist) and Catherine Sabinot (anthropologist).